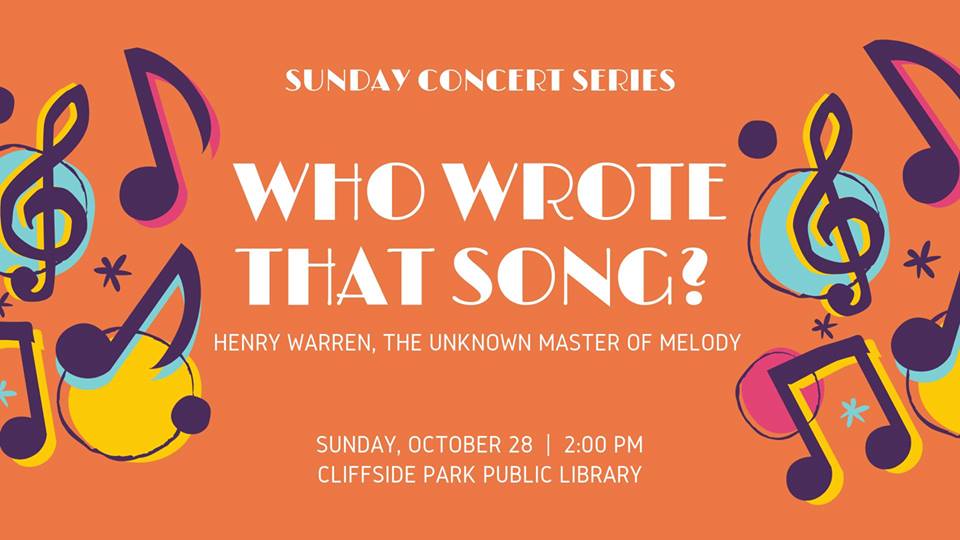 Diane Cypkin, a professor at Pace University, will give interesting back story to some of the songs and perform a selection of Warren’s wonderful music.